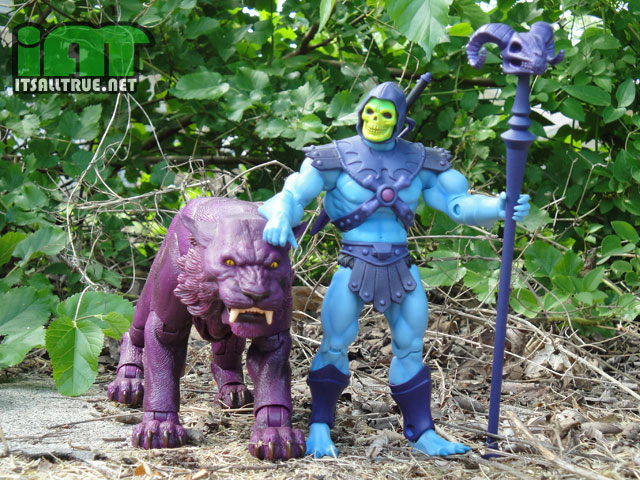 My biggest problem with Panthor’s paint job was his eyes. Most of the Panthors we got here at IAT had eyes that looked slightly off to the side. I’m not really sure why painting them straight was an issue, but apparently it was because I’ve seen a few others online like that also. Something else I was a bit disappointed in was that his eyes were done in yellow instead of the creepy glowing green of the original figure. I know this is just a personal preference, but it’s something I loved as a kid and would have liked to have seen done with this figure. 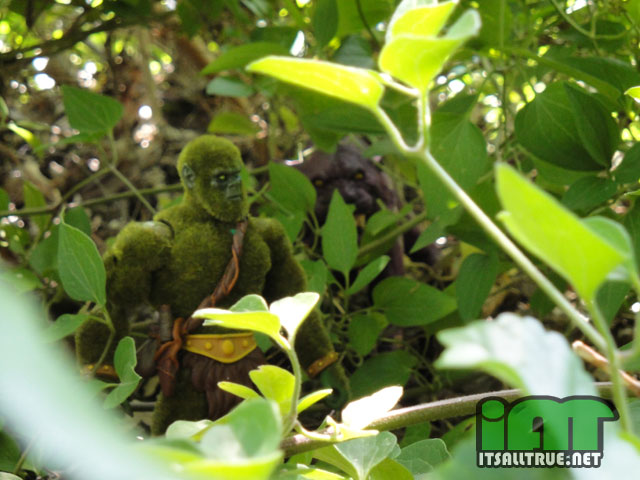 Something else I’d like to address is Panthor’s lack of flock. I realize that this is the way the Horsemen prefer the figure to be, and that a lot of you out there agree. I’m cool with that. But I’d like to see Toy Guru re-release Panthor again next year, this time flocked but not as a subscription figure. This way the fans that prefer a fuzzy version (with green eyes!) can get the figure they want, and the other fans aren’t forced to buy one. This will also be the third time that Mattel can put this cat body to use, so the main cost issue would only be the flocking. It’s a win win situation for everyone. 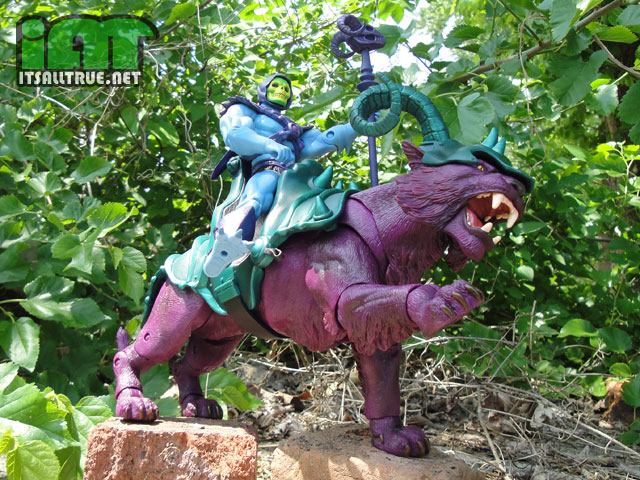 Panthor’s articulation is the exact same as Battle Cat’s. When Battle Cat first came out I was super happy with him. I thought he was awesome and everything a cat figure should be. It’s been a few months now and I’ve now added Panthor, so the honeymoon is over. I still love both cats, but there are a couple things I wish they would fix articulation wise.

My biggest complaint is that the ball joints for his head and torso don’t really allow for ball joint-like movement. Neither Panthor nor Battle Cat can look up or to the sides, and the only reason they can look down is because of the hinged neck joint. This really takes away from the expressiveness of the figures. Cats are flexible and they’re always circling things or looking to their sides. Poor Panthor and Battle Cat can only attack what’s directly in front of them. What’s really sad is that this wouldn’t even require a new joint, just better implementation of the current joints. 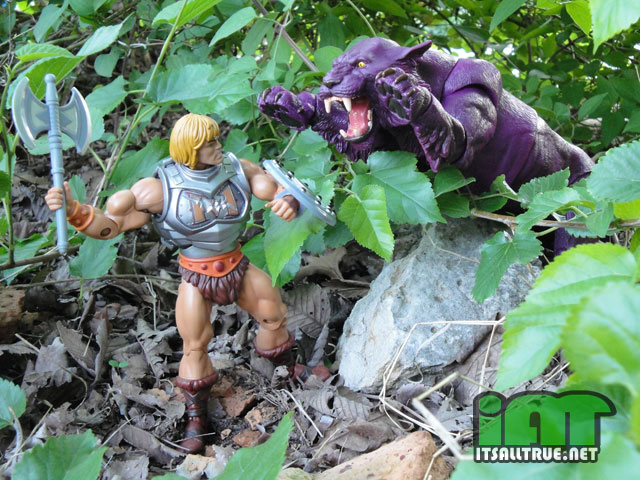 Panthor comes with two accessories: a saddle and a helmet. Like the original figure, the saddle is just a repaint of Battle Cat’s. But even though they could have stopped there, the Horsemen took the opportunity to give him an all-new helmet to even out any fight he may have with Battle Cat. The coloring on both pieces is great. I really love the dark metallic greens that actually make these look armored. Originally I didn’t know how I felt about the new helmet, but the more I played around with it the more I really like it. It really looks like it could have been part of the original design. Plus it’s got that ram motif going on, so it matches Skeletor nicely. (I wonder if Evil-Lyn stole it from her father also?)

All around Panthor is a pretty great figure, even with the few flaws. His new head is a great representation of the old painting, plus it gives him an entirely different look than Battle Cat. I’m really glad we got this version, but now I’m definitely ready for his green eyed flocked form. Only then can he truly take his place as the Sam Jackson of my MOTU shelf.