I’ve been having no luck finding any of the “Reveal the Shield” Transformers that I want. Not just the nearly impossible ones like Windcharger and Warpath, but even Highbrow or Wreck-Gar. So I decided to satiate my TF need with a “Hunt for the Decepticons” Hubcap I found on sale at Wal-Mart. I’d been eyeing this figure ever since he was released, but I just never pulled the trigger on him. There was always something else, usually bigger and more expensive, to buy. So eventually this little guy just fell to the bottom of my buying priority list. But after a day of no luck at toy hunting, this guy was a nice surprise for five dollars at the last Wal-Mart I hit up. 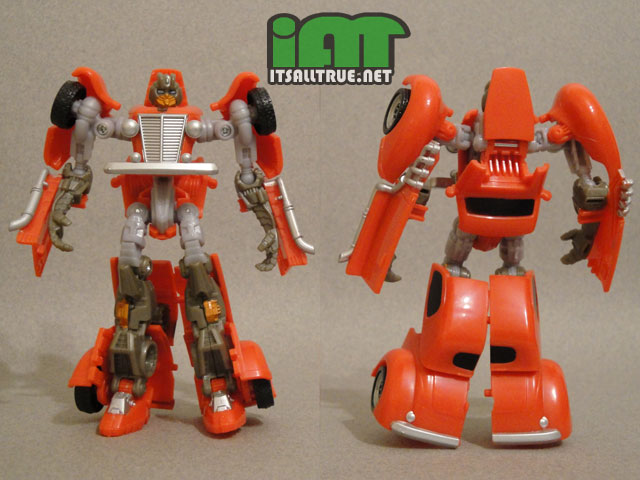 I didn’t know much about Hubcap’s personality, so I did a little research. I was surprised to discover a G1 character that shares the same name but looks very much like a Bumblebee clone. Obviously these are two separate characters, but I can’t help thinking it would have been easy to combine the two if this Hubcap had a different head and been painted yellow instead of red. 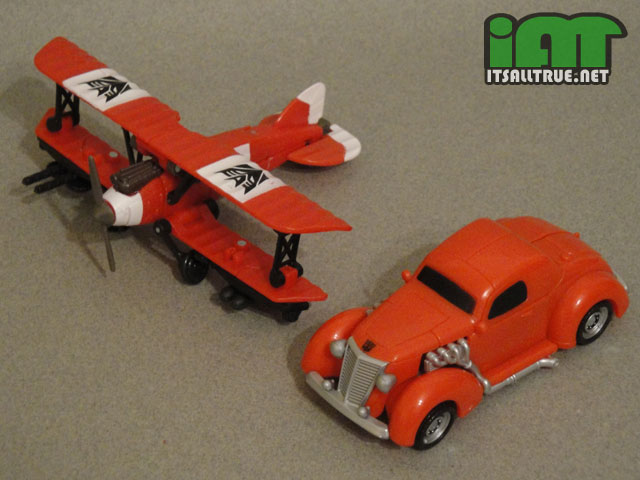 Even though Hubcap is a modern day muscle car, he has this great vintage 1950’s design. That’s the main reason I bought him. I would buy every figure from a line of Transformers that came before the 1960’s. (Hint to Hasbro: the biplanes were a good start, but we need more!) 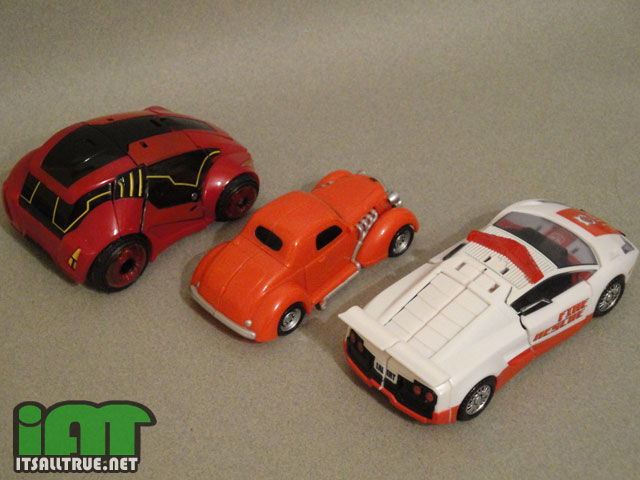 Another reason I bought him is because he kind of reminds me of the Go-Bot Tux. Sure he’s not a Rolls-Royce, but he’s the closest thing in Transformers form I’ve seen. I’d really love to see a white repaint of Hubcap here into Tux. (Hint to Hasbro #2: You own Go-Bots now, stop treating them like they’re still your competitor by making the characters second class robots. Optimus Prime will never be replaced by Leader-1, so it’s ok to give them a little more character and respect). 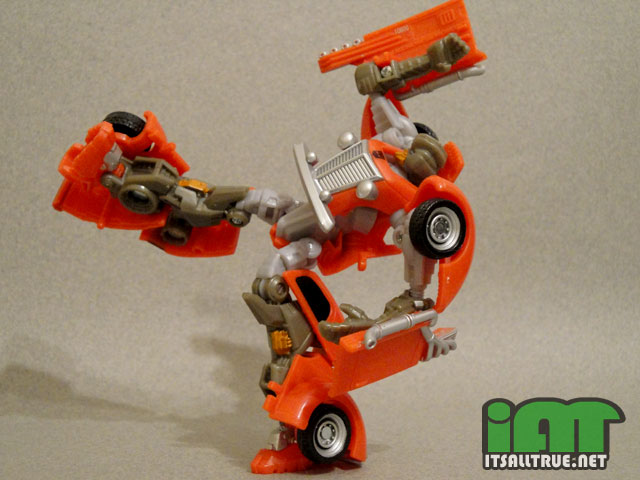 Hubcap’s robot design is pretty interesting. Since he’s a muscle car I guess it should be no surprise that his arms have some very nice sinewy muscle definition. He’s even got this wire that runs down his forearm like a bulging vein. His legs are also huge and strong looking like a runner’s. So not only is Hubcap strong, but he’s obviously fast; two things that transfer over nicely from his car mode. Continue to Page 2…

6 thoughts on “Vault Review: Transformers
Hunt for the Decepticons Hubcap”