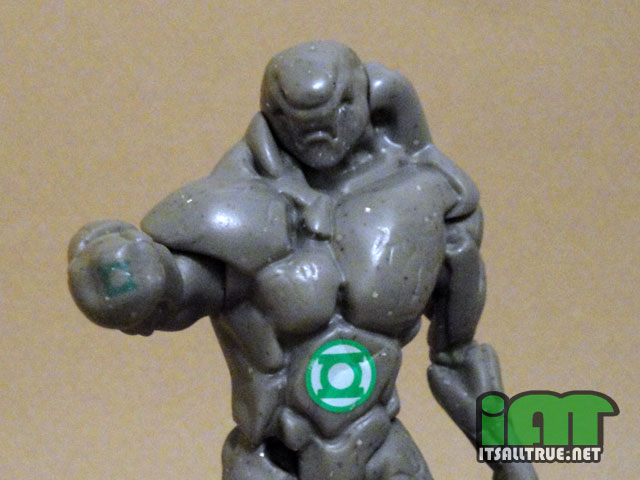 Hannu has an even simpler paint scheme. His entire body is molded in the same gray plastic. It’s kind of boring really. A nice dry wash of black paint really could have added a lot by bringing out all those tiny sculpted cracks and details on his body. They did do one interesting thing though. They mixed in these large glitter pieces so you get that shiny rock effect that you see in gravel sometimes. The only two parts of Hannu that were painted are his GL symbol, which is just tampoed on and looks a bit out of place, and his ring. For some reason they didn’t sculpt a ring to his fist, they just painted one on. Not cool Matty. 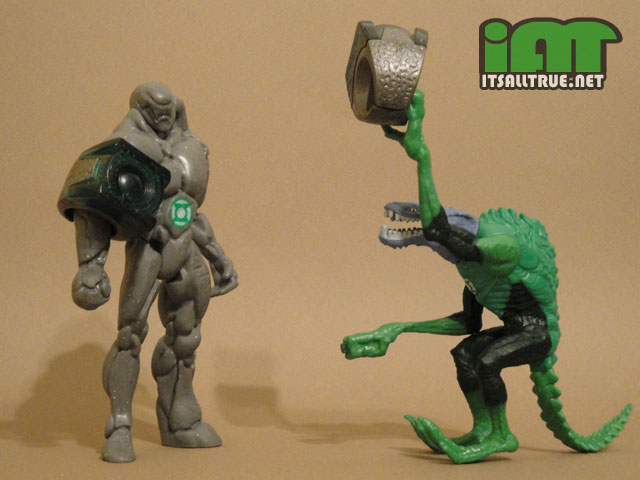 Articulation for these two is just OK. I don’t really expect a lot considering these are cheap movie figures, but there’s still a couple things missing. Isamot Kol’s consists of six swivel joints: head, shoulders, hips, and tail. Those are all fine, and you can definitely get a couple of interesting poses. The issue I have with him is a lack of jaw articulation. His head is actually two pieces, top and bottom, glued together. For the same amount of tooling Matty could have designed his lower jaw to be a hinge joint. This would have added a ton of character to the figure.

Hannu’s is even worse. It may appear like he has five POA, but he really only has four. His shoulders and hips are swivel joints. His head, even though it’s a separate piece and has a round peg, doesn’t move at all. It’s kept in place by the rocks on his shoulders and upper neck. If they weren’t going to leave room for his head to turn, why didn’t they just sculpt the head onto the body? 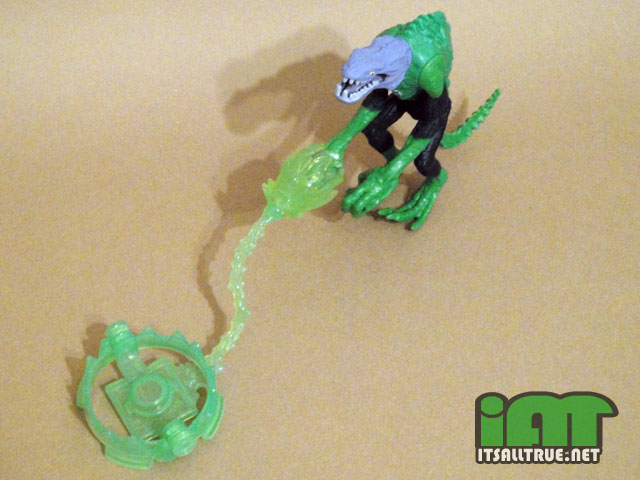 Both figures come with a translucent green energy construct. Isamot Kol comes with a very cool bear trap. Both sides of the trap’s mouth can move to close and there is a swivel joint at the base of the ring energy. These articulated points allow the trap to look great from multiple directions. This is probably one of the best ring constructs we’ve ever gotten. 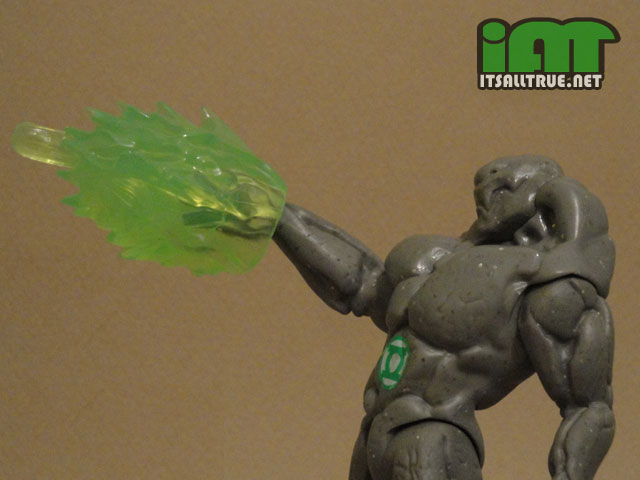 Hannu’s construct isn’t as cool when it comes to looks. His is just a large spiky burst of energy. But what does make it cool is that the nub on the end lets you attach the smaller constructs that come with the humanoid figures like Hal, Sinestro, and Abin. This adaptor construct that Hannu and Kilowog come with is also big enough for a DC Classics or DC Direct figure to use, allowing a whole new arsenal of ring constructs for your six inch figures! 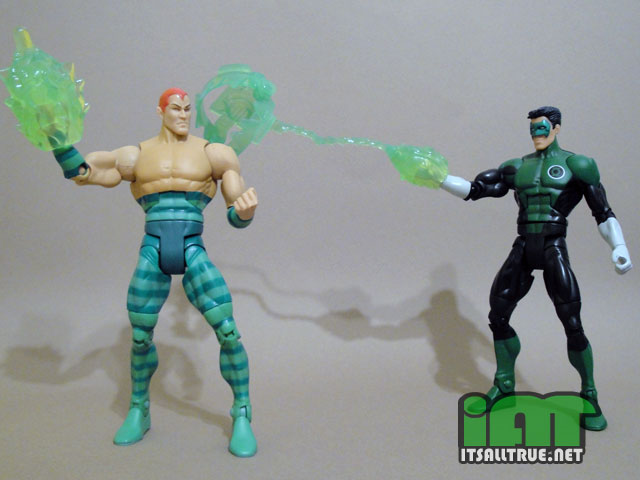 Something else I discovered while playing around with these guys is that they’re about the same scale as Hasbro’s old Total Justice line. I don’t know how well the humanoids like Hal and Sinestro would work, but the aliens like Hannu, Isamot, Stel, and The Green Man seem to fit in just fine. It’s kind of nice to add to my 90’s DC collection so many years later. 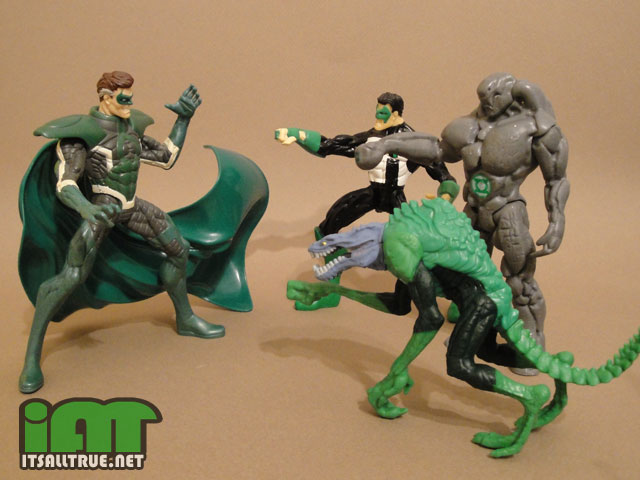 The four inch figures retail for about $7 and are pretty much everywhere by now. I’m not sure how many more of these guys I’m going to pick up. I’m more of a six inch collector now, so I’ll be focusing more on the Movie Masters line. But, I’m going to be adding to my ring construct arsenal if I see an awesome one like the bear trap.