Thor week continues, verily! It’s my turn and I get to review one of the strangest Marvel Universe two-packs so far: Doctor Doom and the Absorbing Man from Secret Wars. Not that it’s a bad two-pack, but it’s just a strange hodgepodge of two villains who you don’t normally see hanging out together.

Doctor Doom is probably one of most recognizable characters in comics. The striking image of an armored figure wrapped in a green tunic and cloak has not only plagued the Fantastic Four since the beginning, but he’s also become a consistent threat to the entire Marvel Universe. Even lowly characters like Squirrel Girl have faced Victor Von Doom and lived to tell the tale. Which is why I’m so surprised it took almost an entire year for him to be included in the Marvel Universe line. 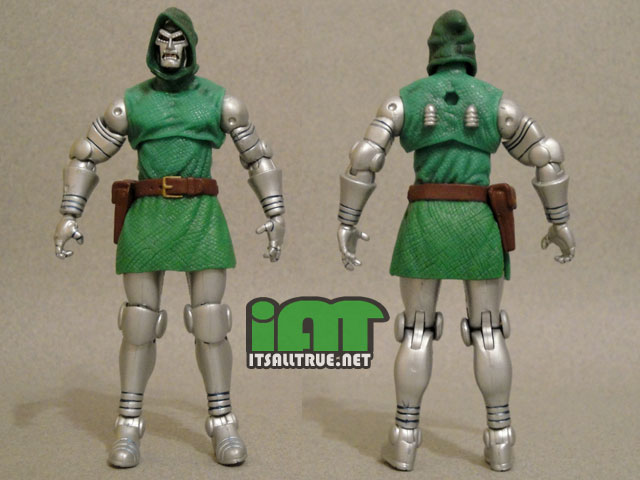 I also found it interesting that they chose to give us a classic comic book version of Doom in a Secret Wars pack. I always thought the battle armor that he forged to take down the Beyonder had a great look. Plus it made for a really cool toy in the original Secret Wars line. So not seeing that version is a bit disappointing for me. 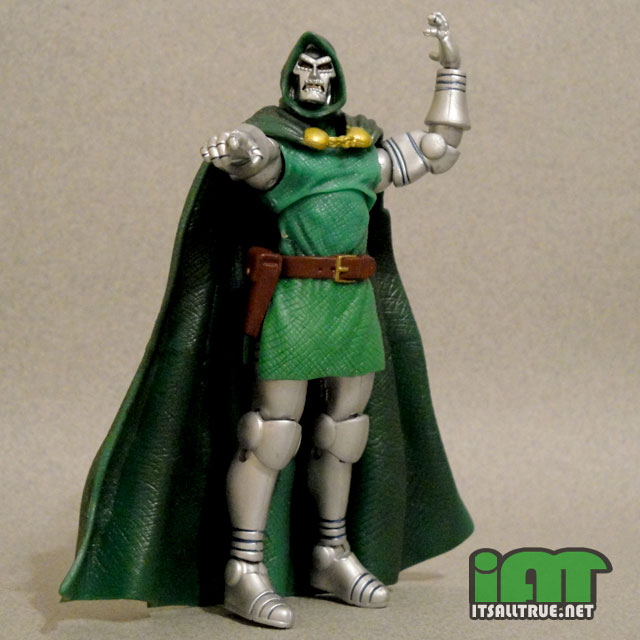 Doom’s arms, legs, and crotch have all been taken from the previous MU Ultron. Sadly for Ultron, I think Doom wears it better. These pieces look more like medieval armor than robotic parts. Also, the emotions his hands evoke definitely lend themselves more to screaming “RICHARDS!”.

Doom’s Head, chest, lower tunic, and cape are all new pieces. I love the tiny sculpted details they gave to all the fabric. It really adds a nice rough texture that contrasts from the smooth armor. They even added the two little rockets on his back. His head also has quite a bit of detail with all the rivets that circle his eyes and mouth. Plus, if you look close enough you can see they sculpted that little mechanical device in his mouth. That’s pretty impressive on a figure this small. Sadly, they weren’t able to give him any eyes, just two dark holes with a bit of gold paint. 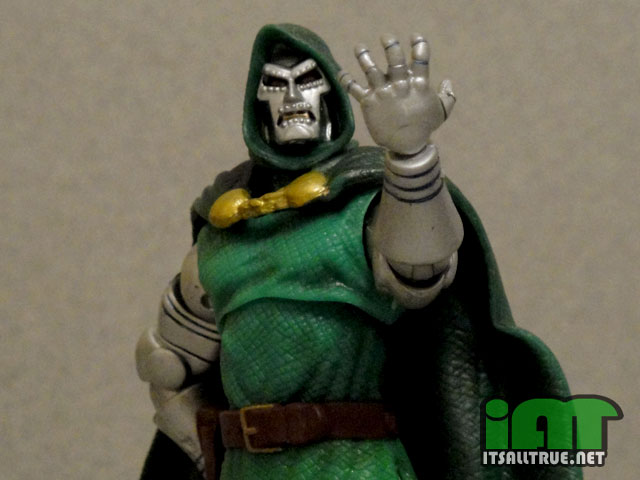 Doom has swivel hinge shoulders, elbows, and ankles. His head, biceps, wrists, and waist are all swivel joints. His upper chest and hips are ball joints, while his knees are double hinges. This gives him a huge range of movement. The only problem I have is that they didn’t give him a ball jointed head. The ability for him to look up, down, or even tilt his head would have added a lot of character to this figure. 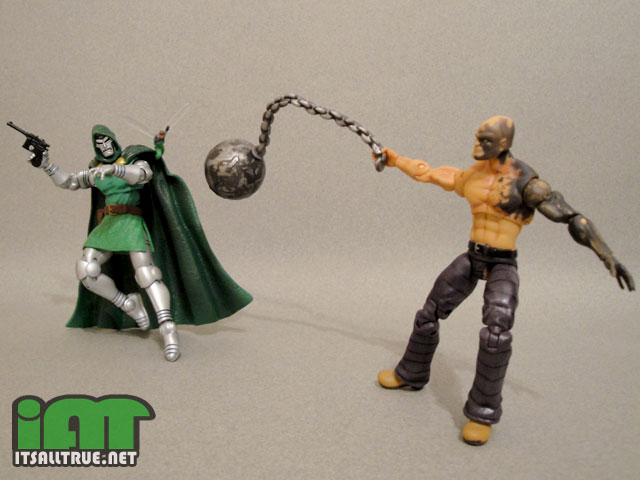 Aside from his cape, Doom only gets one weapon: a German Mauser. Has Doom actually ever used his sidearm? I don’t think I can remember an instance where he has. I don’t even know if it’s a normal gun or some sort of super magical weapon that simply looks like a Mauser. Either way, I always saw it as more of a symbol of power than a weapon he’d actually use. Sadly, the figure’s holster is molded shut, so Doom can’t actually keep his trusty sidearm at his side. Continue to Page 2…